Estonian Animations in Focus at the Anima Festival in Brussels

Estonian animation will be in spotlight during the 37th edition of the Anima Festival in Brussels. 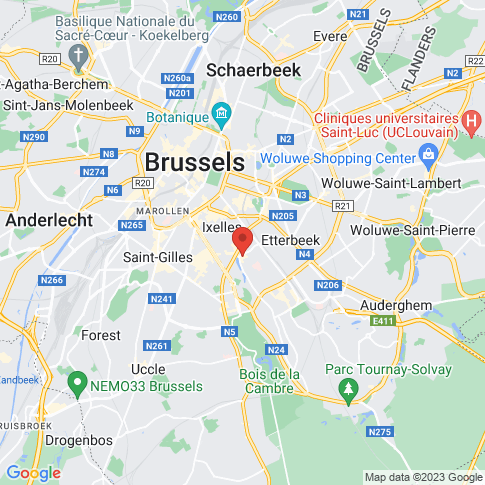 The 100th birthday of the Republic of Estonia is also celebrated with spectacular focus at the International Animation Film Festival Anima in Brussels, where the highly acclaimed Estonian animated film art has been featured with a large programme. The versatile focus programme includes both newer and older Estonian animations - persona spotlight is on Priit and Olga Pärn, whose work can be seen in two special programmes. Priit and Olga Pärn are both lecturers at the Department of Animation at the Estonian Academy of Arts whose students' films can be viewed at the Futuranima Programme Section, where Estonian Academy of Arts is under a special focus.

The Estonian animation theme programme Estonian Dreams is inspired by the three colors blue-black-white on Estonian national flag. Therefore, it is a collection of three sub-programmes: Blue Love, Black Tie - Tongue in Cheek and White Dreams, that gives an overview to the about both Estonian humor, good-naturedness and modesty. It also includes a good pinch of surprise and mystery. Among the films featured in the programme, there are works from directors from several generations - Elbert Tuganov and Eino Pars, maestro Rein Raamat, Mati Kütt, Kalju Kivi, Rao Heidmets, Riho Unt, Ülo Pikkov, Priit Tender, Kristjan Holm, Chintis Lundgren, Sander Joon etc. Several filmmakers have also been invited to introduce their films and talk about their work at the Anima Festival in Brussels.

Smaller viewers will be part of the Estonian Children's Programme. One of the most spectacular parts of the special programme is the traveling exhibition of one of the oldest stop-motion studios in Europe - Nukufilm. Estonia's Special Focus will be opened on February 10, when the brilliant short film "Strawberry Eaters" by Mattias Mälk, produced at Joonisfilm Studio, will be premiered.

Estonian Dreams: “Blue Love”
Saturday, 10 February at 18:00
Sunday, 11 February at 21:45
From 16 years. Original version, English subtitles.
What is humanity's biggest issue, if not love that defies skin colour or flags? Whether bitter-sweet, enchanting or depressing, it leaves no one indifferent. Along with the world premiere of Matthias Mälk's Strawberry Eaters, produced by Estonia's other big studio Joonisfilm.

Estonian Dreams: “Black Tie, Tongue in Cheek”
Tuesday, 13 February at 21:45
Thursday, 15 February at 21:45
From 16 years. Original version, English subtitles.
Politics and its constraints, past or present, during the occupation or independence. The films show different forms of social control, ways to play with it and laugh at it, without taking themselves too seriously.

Estonian Dreams: “White Dreams”
Monday, 12 February at 21:45
Saturday, 17 February at 18:00
From 16 years. Original version, English subtitles.
Imagination, fantasy, dreams and reality are the key words of this programme, full of hope; a mix of abstraction and realism, past and present, leading inexorably to an unpredictable future.

Persona Focus: Priit Pärn
Wednesday, 14 February at 20:00
Saturday, 17 February at 20:00
From 16 years. Without dialogue.
Estonia's star of animation started out during the Soviet era, where his already offbeat and surrealistic films triggered a storm with the bureaucracy. He has since spent his time fine-tuning a very personal and highly original graphic style that often serves a black humour with many allusions to current times.
One of the great Masters of animation today, multi-awarded at Zagreb and Ottawa, among others. His more recent films have been co-directed with his wife Olga.

School Focus: Estonian Academy of Arts
Thursday, 15 February at 17:00
From 12 years. Conference in English, without simultaneous translation + films in Estonian with English subtitles.
Presentation of films from the latest students of the Estonian Academy of Arts by its most famous teacher, Priit Pärn, who is reputed for influencing a number of generations.

Miriam and her Estonian Buddies
Saturday, 10 February at 16:00
Without dialogue, from 4 years
OHHOO! means Eureka in Estonian! It's also the good vibes that are given off from these films for the little ones, created by great animators with childlike hearts working away in the studios of Tallinn with their puppets, toys, characters and overflowing imaginations...