Exhibition "Wild Souls. Symbolism in the Art of the Baltic States" in Kumu

The high-level exhibition, which is the result of cooperation between the three Baltic states, was initially on display at the Musée d’Orsay in Paris. The curator is Rodolphe Rapetti. 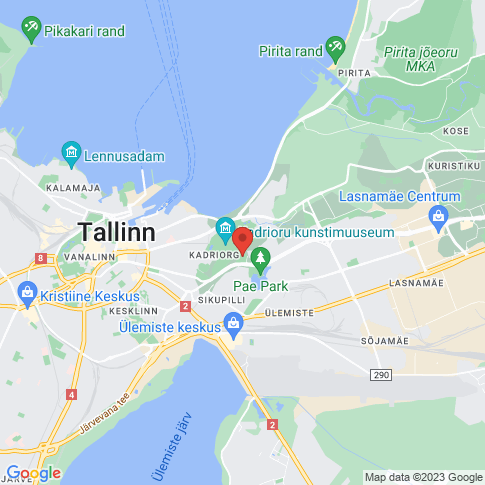 Almost 150 works by notable artists from the art history of the Baltic countries dating from the late 19thcentury to the 1930s are included in the exhibition. On view are works by Janis Rozentāls, Vilhelms Purvītis, Mikalojus Konstantinas Čiurlionis, Kristjan Raud, Nikolai Triik, Konrad Mägi, Oskar Kallis and many other great names of Estonian, Latvian and Lithuanian art from the collections of four Baltic museums: the Latvian National Museum of Art, Art Museum of Estonia, Lithuanian Art Museum and M. K. Čiurlionis National Museum of Art.

The exhibition reveals the specific features of early 20th-century Baltic Symbolism. The local young artists set out to discover the contemporary art movements in Europe, but also had aspirations to help create their own national identities. Their art often intertwines the international artistic idiom with local folk art and symbols of oral heritage. The idea of creative freedom was brought from Western Europe, along with the belief in the ability of art to express the spiritual levels hidden in people.

The exhibition is accompanied by a voluminous catalogue in Estonian and English. This is the first exhaustive treatment of Baltic Symbolism, which is introduced by Rodolphe Rapetti’s essay “Terra incognita”. Rapetti’s essay is motivated by a desire to introduce the works of the artists from the Baltic countries, which the author considers to be unique in the international context of Symbolism, to the broader art public of Western Europe.

Wild Souls. Symbolism in the Art of the Baltic States has received a grant from Estonia’s Ministry of Culture and it is part of the international cultural programme celebrating the centenary of the Republic of Estonia. The exhibition was initially on display at the Musée d’Orsay in Paris from April to mid-July of this year. Almost 250,000 people visited the exhibition.